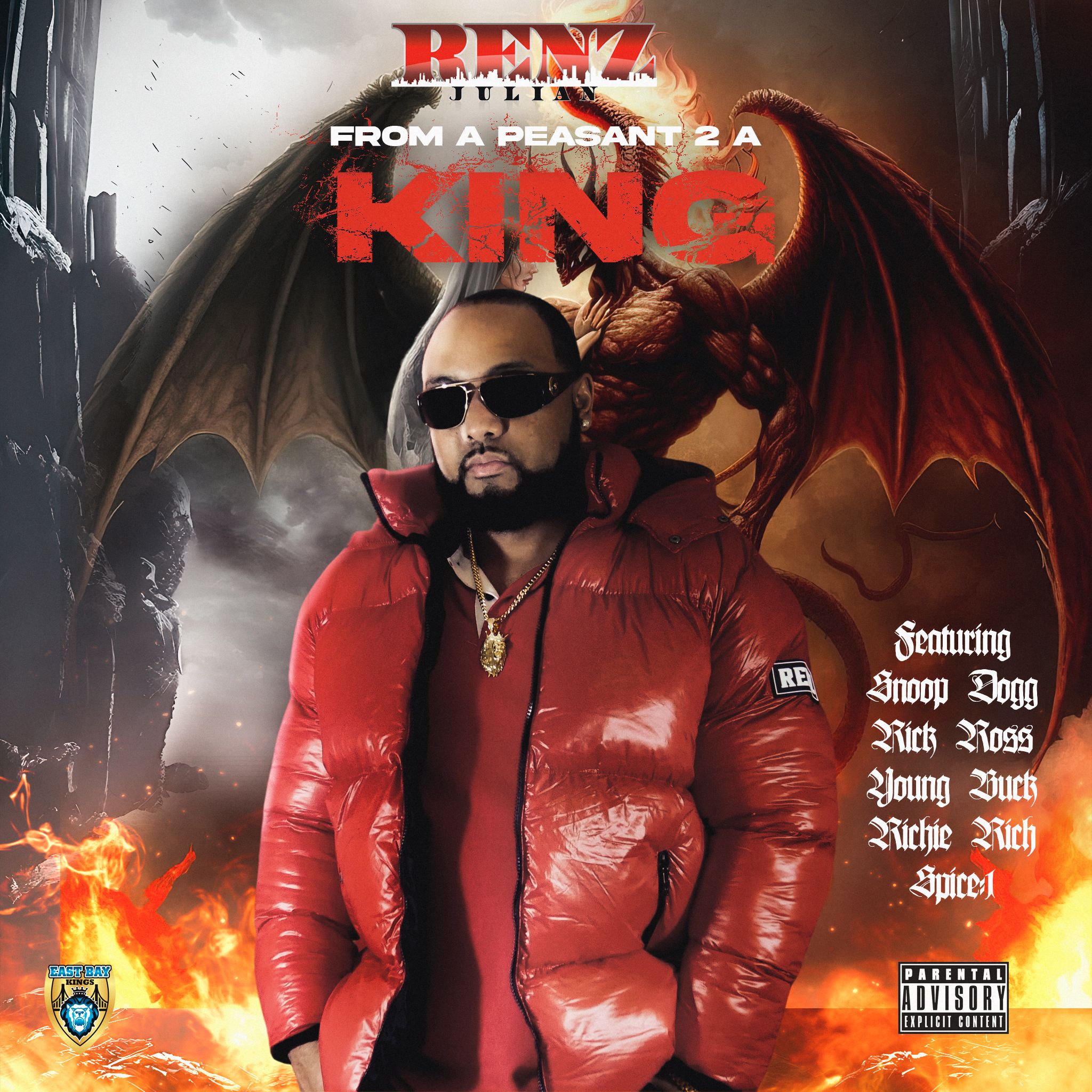 Oakland artist Renz Julian will release his 5th studio album "From A Peasant 2 A King" on December 2nd, 2022. The birthday release features Snoop Dogg, Rick Ross, Young Buck, Spice-1, and Richie Rich. Renz also collaborates with his daughter Mya King on the standout track "Circle of Life". The album's title describes the rise of Lorenzo King aka Renz Julian's rise from orphan to a successful entrepreneur. In 2020 Renz founded the East Bay Kings, a pro basketball team in the ABA and program to help upcoming athletes, artists,, and entrepreneurs achieve success. A documentary is currently in the works with a tentative release date of Summer 2023. Production was handled in house by Renz himself on the 17 track project released on Field Of Dreamz Ent./Empire Distribution. The album will be available on renzjulian.com, Spotify, Apple Music, and all digital retailers.